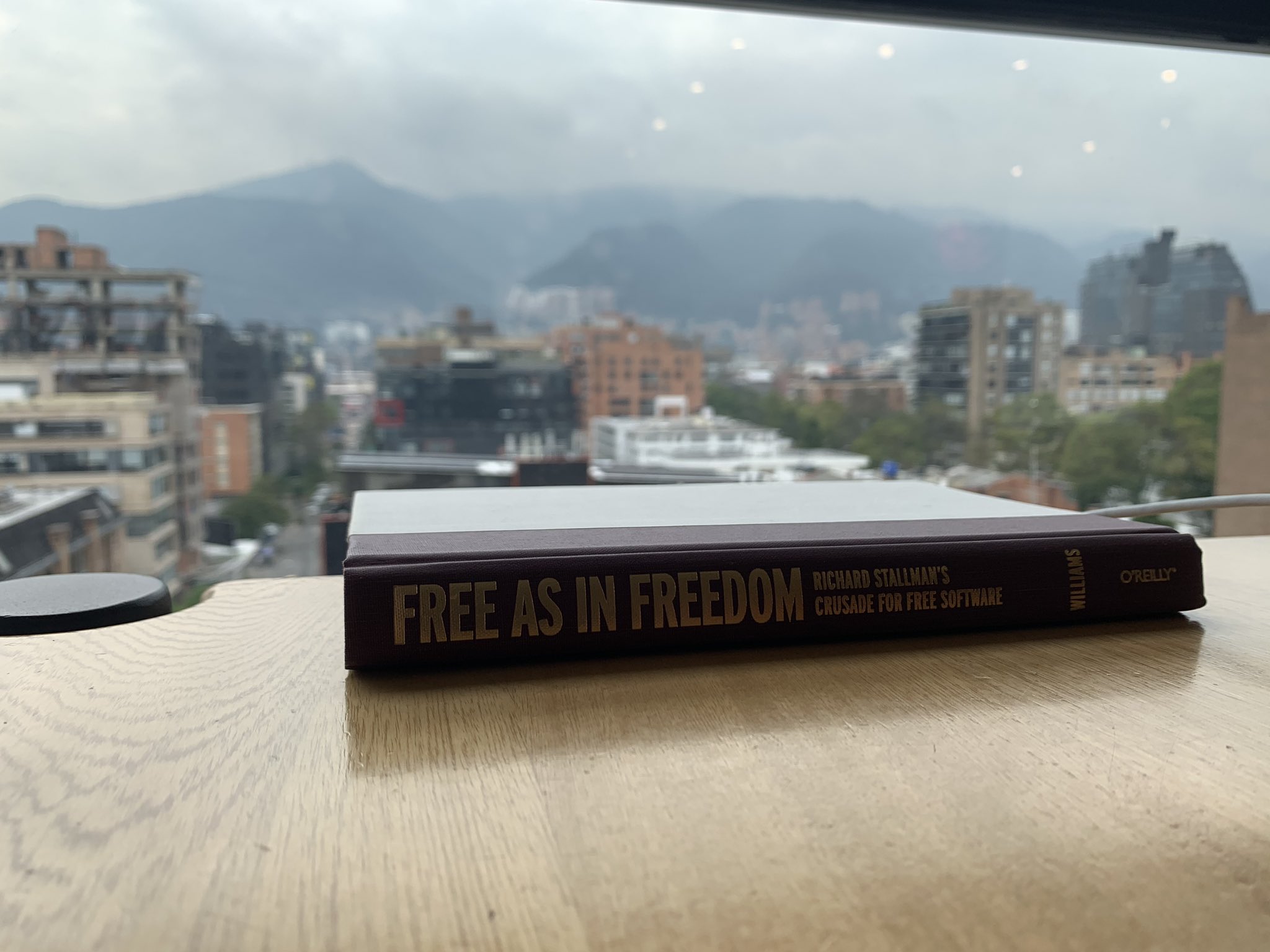 Free as in Freedom

I just finished reading “Free as in Freedom” by Sam Williams. In 2020 I’ve read quite a few technical books. FAIF was a sort-of deviation from this trend in that it’s a biography, not a technical book.

FAIF is a biography of Richard Stallman, activist and founder of the GNU project and the Free Software Foundation. The book chronicles Stallman’s childhood, his formative years in high school through undergrad and graduate school at Harvard University and MIT, as well as the origins of his political beliefs of freedom to modify, share and use software as one sees fit.

The book is written in such a way that it will appeal to programmers and non-programmers alike. Having worked as a software engineer for years, I was fairly familiar with the gist of the GNU, the GPL, the FSF, GNU/Linux’s origins, and Stallman’s relationship with Linus Torvalds but FAIF filled in the details.

Stallman’s philosophical argument for why software should be “free” (free as in freedom, not beer) are compelling. Rather than try to re-articulate Stallman’s position myself, here’s an excerpt from Stallman himself.

The existence of software inevitably raises the question of how decisions about its use should be made. For example, suppose one individual who has a copy of a program meets another who would like a copy. It is possible for them to copy the program; who should decide whether this is done? The individuals involved? Or another party, called the “owner”?

Software developers typically consider these questions on the assumption that the criterion for the answer is to maximize developers' profits. The political power of business has led to the government adoption of both this criterion and the answer proposed by the developers: that the program has an owner, typically a corporation associated with its development.

I would like to consider the same question using a different criterion: the prosperity and freedom of the public in general.

Stallman contends that non-free software inhibits the overall prosperity of humanity. Software is extremely important to societal well being and closed-off software prevents SWEs from “standing on the shoulders of giants” or building upon the work of others.

All of us software engineers stand on the shoulders of giants every day and because those giants happen to be very tall, we have the ability to do incredibly powerful things. I think RMS helped usher in a world where this is possible.