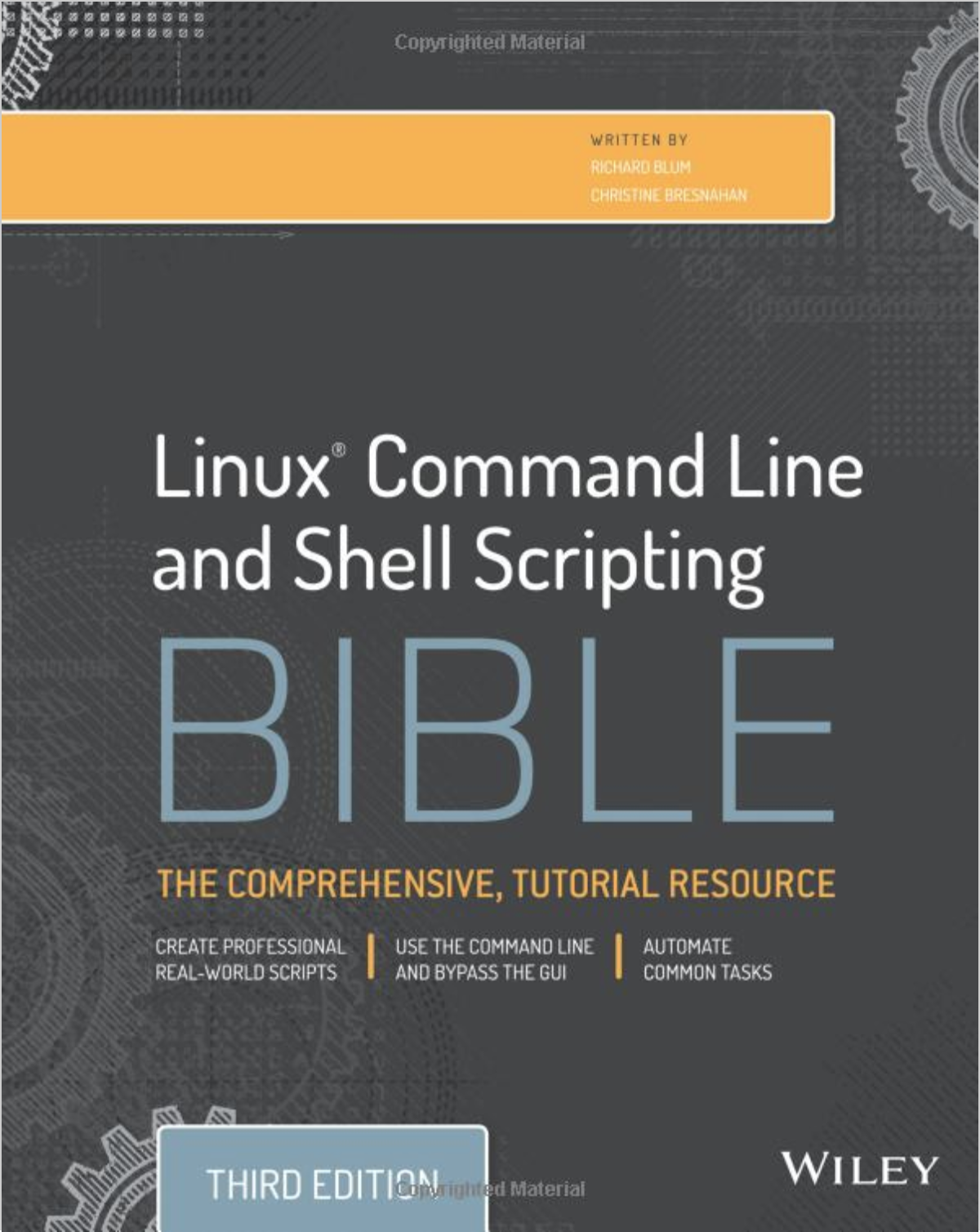 I’m focusing on reading more technical books this year. Recently I finished “Linux Command Line and Shell Scripting Bible (3rd Edition).” I’ve been working with linux and shell scripting for 15+ years and pretty much everything I know I learned through some amalgamation of blog posts and informal unstructured reading. I chose to read this book to try in fill in any gaps in my knowledge that I may have.

The book is about 700 pages and it took me about 10 days to finish it. Some sections were too simple to really be informative, but in the interest of being thorough I read them. Thankfully there were plenty of sections containing information that was new to me and I definitely picked up some new tricks.

The book focuses on linux utilities found in the GNU coreutils package, which differ slightly from their counterparts found in BSD descended systems (such as OS X). I primarily work in OS X, so when I started reading this book I downloaded an ubuntu image and VirtualBox to have a proper linux VM to work in. I also used brew on OS X to replace most of my BSD utilities with their GNU counterparts. (brew install coreutils)

Some sections of the book are just too simple to be of much value to anyone with moderate experience, such as Ch.3 which covers basic commands like mv, rm, ls, cd, etc. In the interest of being thorough, I made sure not to skip these sections just in case there was some tidbit of info I didn’t know.

By going into detail about various components of linux, the book increased the depth of my knowledge on subjects I was at least moderately knowledgeable in. For example, it’s been a long time since I’ve managed physical and logical volumes, partitions, filesystems, user accounts and groups. Using a VM with VirtualBox made trying the logical volume examples easy, since I could create virtual disks and attach/mount them on my VM.

New things I picked up include: - using shift with input and function parameters - opening, closing and some redirecting of file descriptors - trapping process signals - standard cli tool options parsing with getopt and getopts

There were actually a few things that I actually knew and was surprised to see weren’t covered. Such as:

The last third of the book focuses on awk and sed. This definitely a deeper dive into either of those utilities than I’ve ever done before. My feelings are that awk is the more useful of the two and it can be used effectively with extracting substrings from command output for piping to additional commands. Ex:

I struggle to think of situations I typically encounter where I’d use some of the advanced awk/sed abilities that are covered, such as the sed n or N next commands. The seed’s been planted in my head that these things exist, maybe I’ll come up with something.

For anyone who’s considering reading through this book I’d recommend using shellcheck as a linter to check your scripts. It’s definitely useful for catching syntax errors and pointing out best practices.

After practicing writing shell scripts for a few consecutive days, I’m more likely to identify potential repetitive tasks that I can turn into shell scripts to improve my productivity (I make a point to try and add these to my dotfiles repo). I also used shell scripts in projects where previously I probably would have written a js/nodejs or golang script. (cedict-sqlite3)